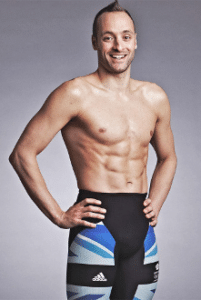 James has been with Stockport Metro since the age of 8, and has progressed through the programme, first winning national titles in his age group, then representing Great Britain at junior level and then at senior level.

He?s one of the most experienced swimmers on the England and Great Britain teams, having competed at two Olympic Games, two Commonwealth Games and four World Championships, and has made finals at every level.

James has been British and Commonwealth record holder on the 200m Backstroke and 200m Individual Medley a number of times.