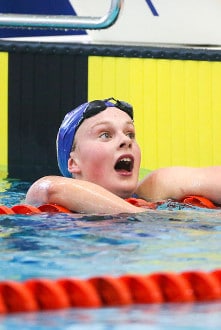 Holly Hibbott got her first call-up to a senior team in 2017 as she formed part of the British team at the FINA World Championships in Budapest and then went on to become a double Commonwealth medallist in 2018.

She was edged off the podium in the 800m Freestyle, where she finished fourth and it was fifth at the close of the 200m Freestyle event.

2016 saw an outing to the European Juniors in Hungary where she won three medals including a solo silver in the 400m Freestyle.

Her first outing at continental junior championships came in 2014 in Dordrecht, the Netherlands, where she won silver in the Women’s 800m Freestyle.